Known under the name Le Manoir du Spaghetti until 2011, Le Manoir restaurants have been a staple in Quebec city for over 40 years. Everyone agrees that the menu is at the center of this real love story that unites epicureans and the properties, owned by the Ménard-Plante family. The development of the meals and of the relationship with our patrons, in historic homes, brings a unique dimension that cannot be found anywhere else.

Visit Le Manoir and enjoy its warm and festive atmosphere, great service and distinct menu. You will be tempted by the large menu of pasta and pizza, as well as the wide selection of wines and beers! For dessert, the ice cream bar will surely charm the entire family!

On the way out of the Quebec Bridge, along the majestic St. Lawrence, the Saint-Louis Road is full of fabulous estates and historic mansions coveted by the wealthy Quebecers. Among these jewels, O’Gallagher House, named after its most illustrious occupants, irresistibly attracts attention.

Built about 160 years ago by a man named Hamel de Sillery, this spacious Canadian-style house, with large dormer windows and narrowly enclosed by two brick chimneys, was acquired in 1891 by Jeremiah Gallagher, an Irish immigrant. When the patriarch died, the house passed to his son Dermott who, according to Gaelic tradition, added the prefix O’ to his name. He followed in his father’s footsteps and became a land surveyor, as well as his sons after him. Dermott O’Gallagher made his mark in municipal politics and was alderman and then became mayor of Sainte-Foy in the 1950s.

Close to the Saint-Charles-Borromée church, the historic jeweler and guardian jealous of the “Trait-Carré”, stands a majestic Victorian house with a tumultuous story.

Built between 1875 and 1880, this house was first owned by a man named Olivier Bress. In 1910, it passed into the hands of F. Robitaille, one of the founders of the Champlain Brewery. Subsequently, the house then became a commercial establishment.

Le Manoir de Charlesbourg, a gem of architecture, adorned with rosettes and antique woodwork, is home to delightful salons, precious jewel cases of this glitzy past, a gorgeous golden oak staircase, and now, sublime meals! 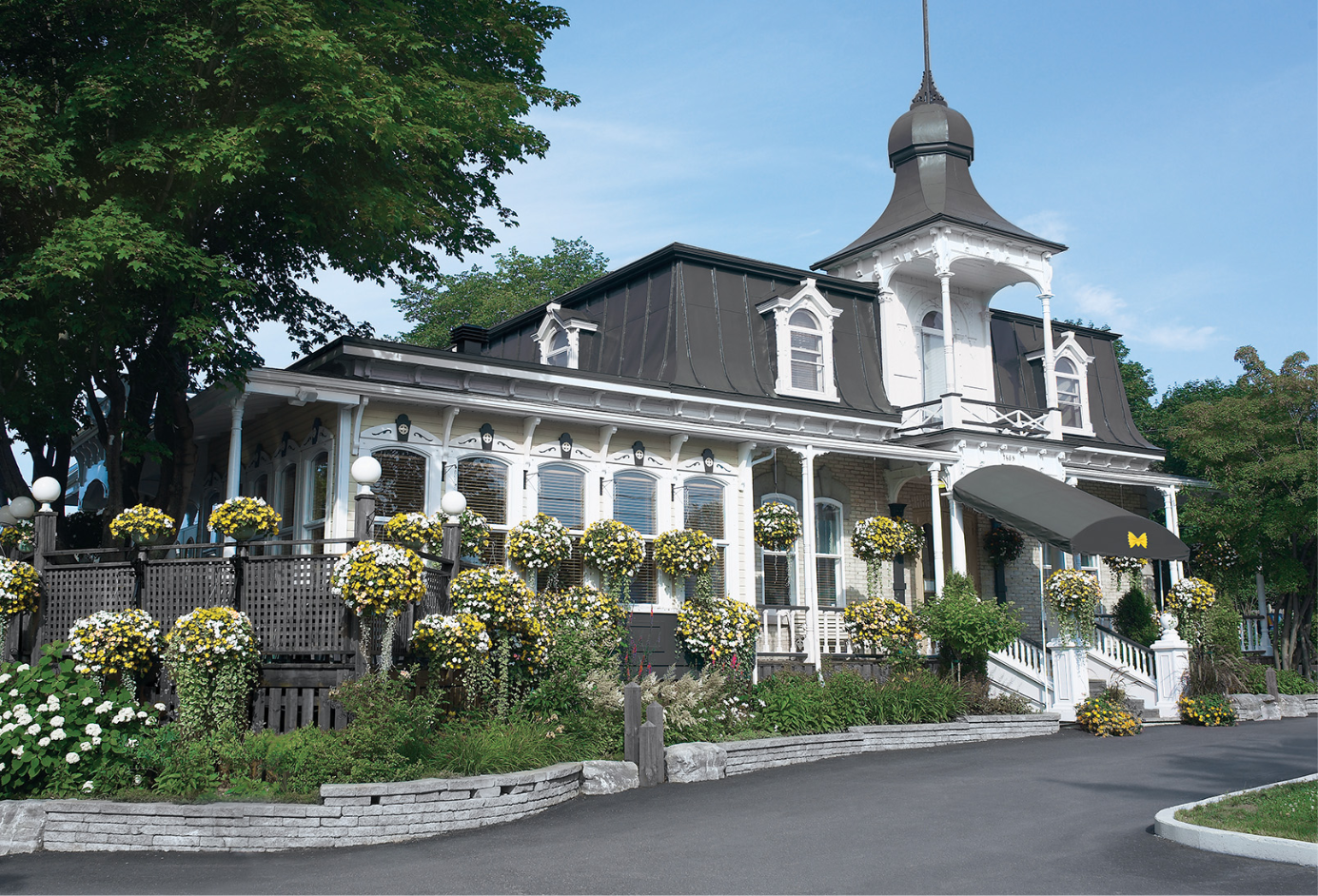